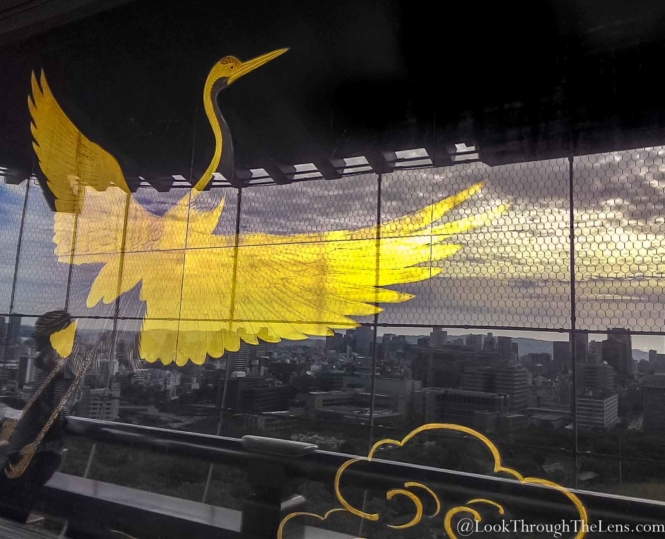 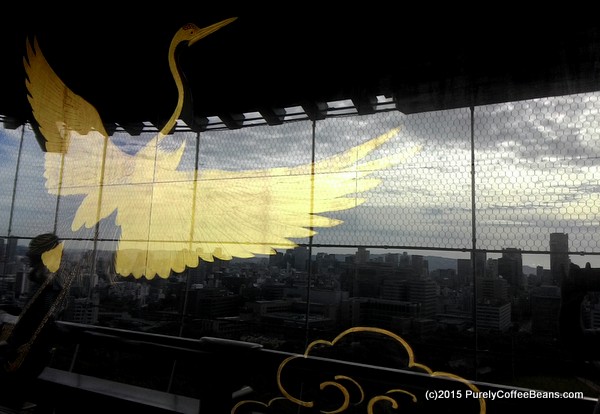 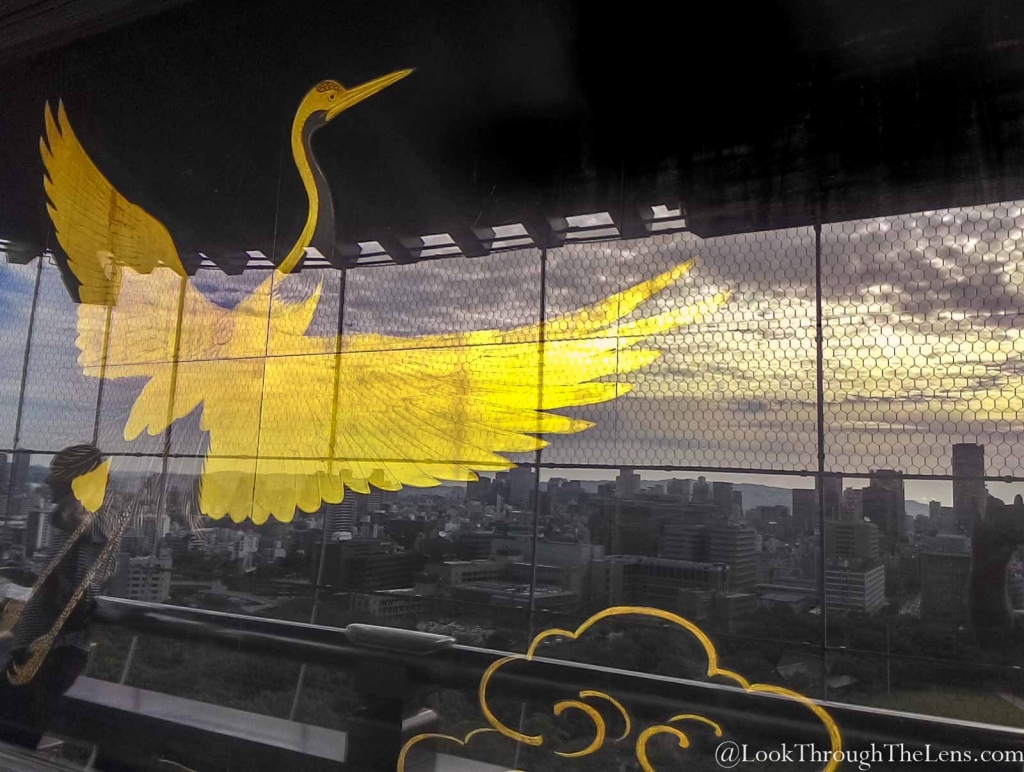 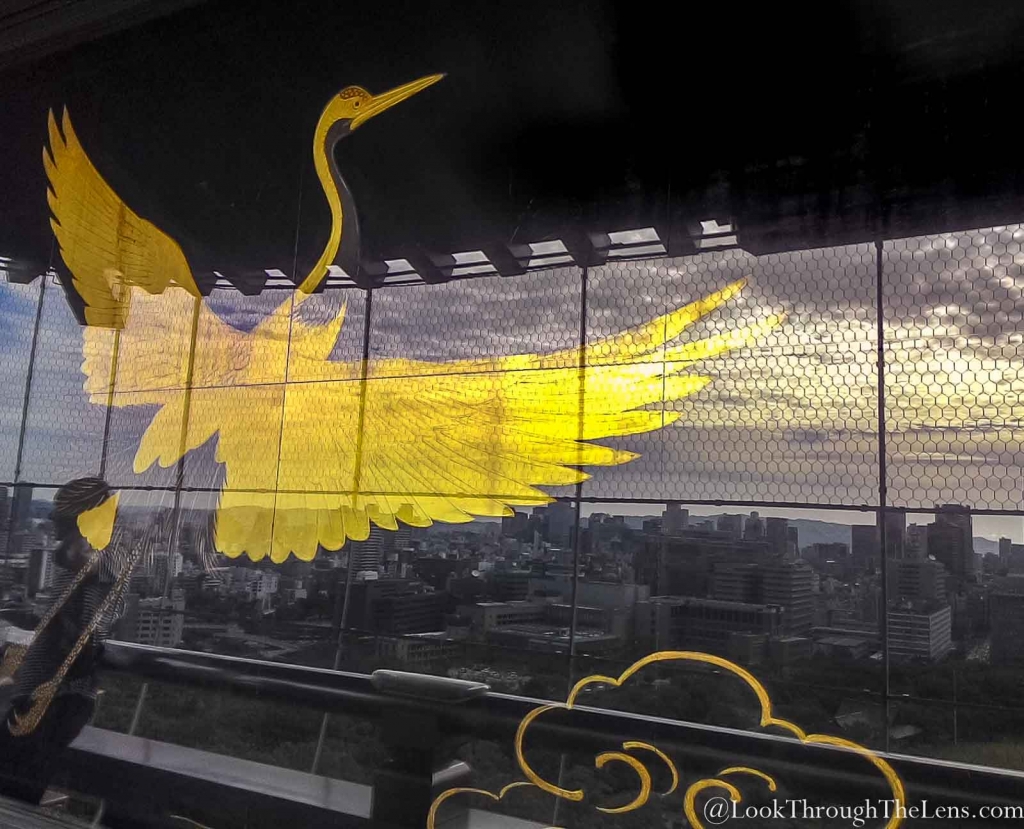 Both photographs were cropped to remove a tourist’s right arm on the left, though I cropped the 2nd more. Unlike the first which was edited in Picasa, I had a lot more control over clipping, colors and saturation. So for the 2nd attempt, I boosted the yellow and orange saturation to bring out the colors in the later afternoon sky and the gold of the bird to emphasize the wings flying over Osaka.

There’s also a lot of brushwork on the top right to add blackness back, and on the city area to recover highlights. The color palette is relatively similar, no reds or bright colors to distract. So overall, I think I improved the original a little. There are slight variations on the final edit. 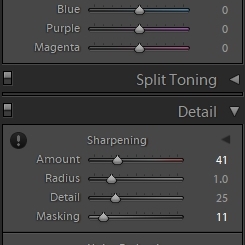 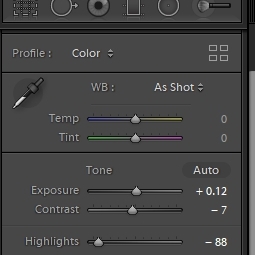 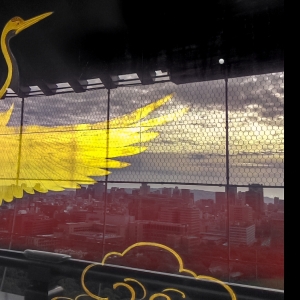 Glass creates… visions over the city

As you can probably see, it’s actually a reflection of the city on a black surface; there are also areas where the tarnishing on the bird’s wings are affected by surface, the sun, and the clouds.

Lastly, the image was taken on a mobile phone; so the original is, of course, JPEG and only 3.1mb in data. So there are limitations. I’m not awfully sure that I did any better than using Instagram to edit. I’ll add a comparison later! Overall, I’m not wildly convinced editing mobile phone photography esp. on lower res shots is really worth it. However, it’s as good a place to practice the basics of LR wiggle technique.