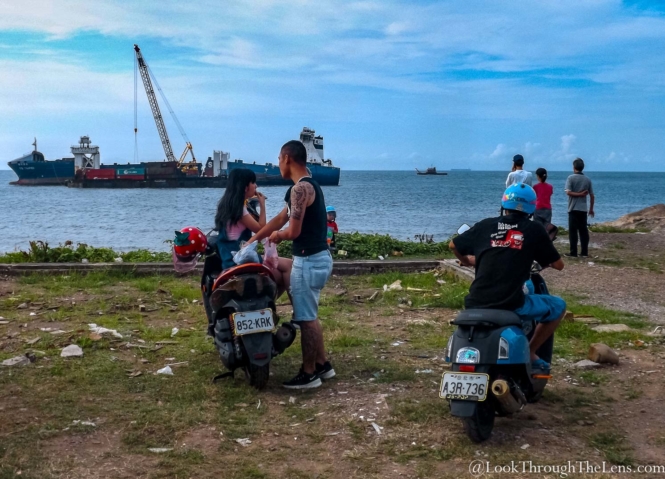 The next in the revisited series. A topical photograph that was critiqued way back in 2015. I don’t remember the critique comments, except that it seemed lacking in focus, photographers were puzzled why I took it, I think! I realize that this photograph’s composition can’t be redone, but I think some cropping can improve it.

So that was the original image. I was intrigued originally by how people were interested in disasters, so my subject was actually not the disaster but the bystanders. Some were chatting, watching, playing, and feeling hungry. On subsequent thoughts, I realized that I should have stayed a little longer and taken more photographs of the scene. Anyways.

The ship had run aground during bad weather in March 2016. Taipei Times reported the story several times. First here. The disaster caused pollution, a helicopter accident with several unfortunately killed, and affected fishing grounds around the area. The image was taken in early June, when the weather was much better, and after salvage operations had already begun. The process took about 5 months, according to the Taipei Times. 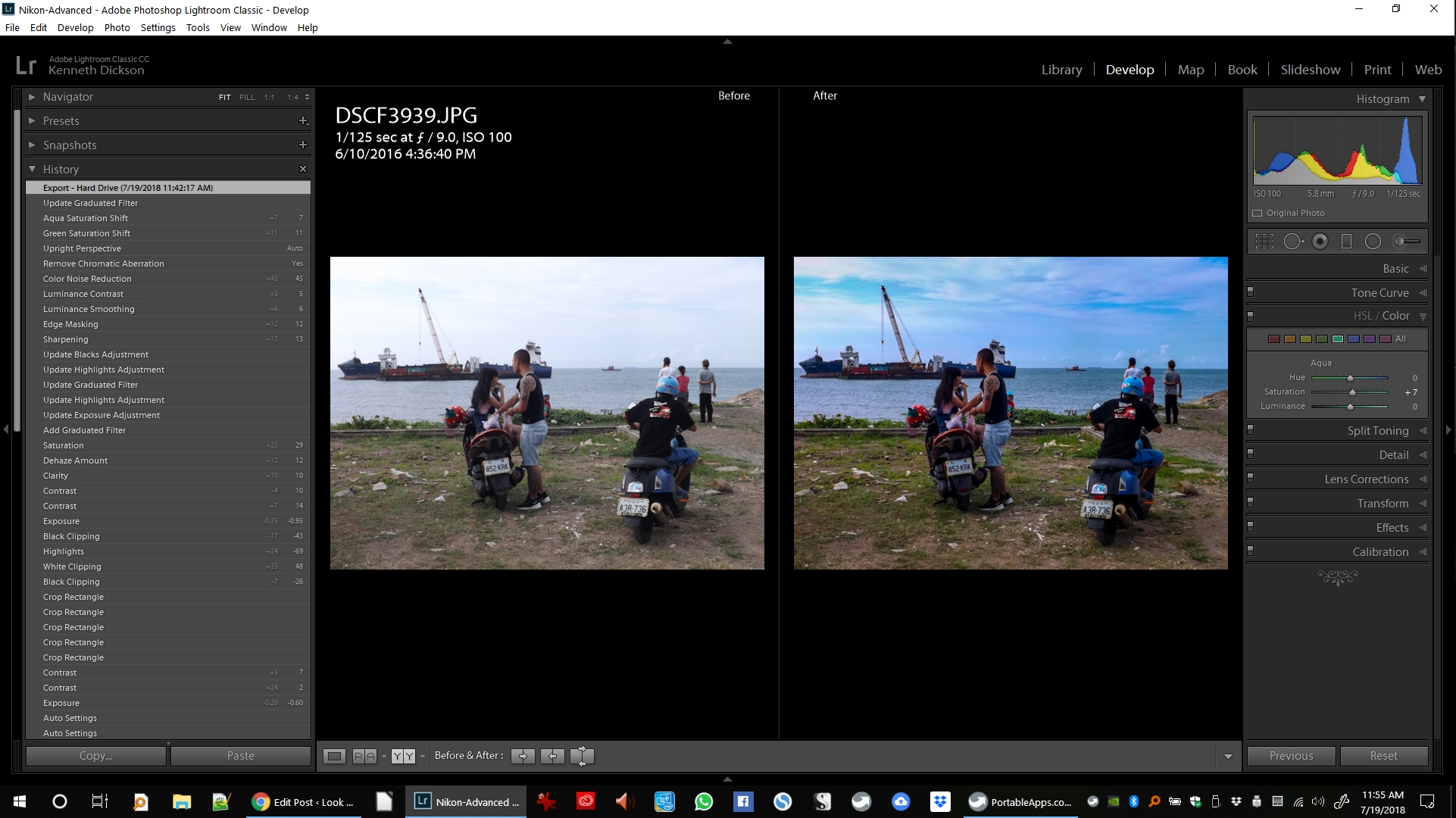 The most obvious changes to the image include a lot of cropping external elements to tighten the story. I’m happier that the result focuses a little more on the original intent of capturing life against a disaster: one normal one abnormal! Throughout the workflow, the only notable changes were a more aggressive reduction in exposure of almost 1 stop, more aggressive shadow reduction, and playing with hues to get the image brighter. 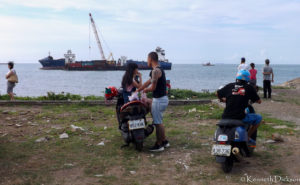 Disaster Tourism: Ship on the North Coast of Taiwan 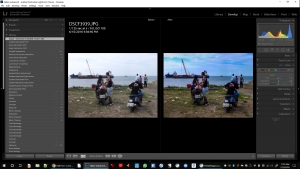 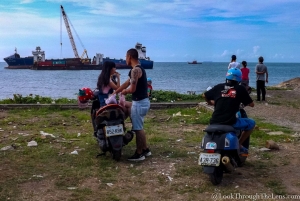 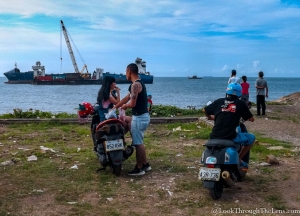 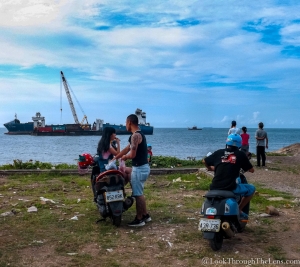 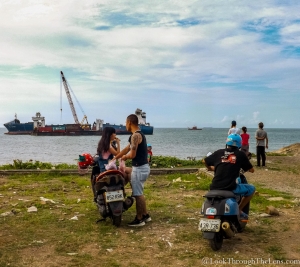 1/125 sec @ f9 on ISO100 shot on a Fujifilm SL-260 in 2016. 1st Export at 250Kb showed issues with blown out clouds, 2nd export (above) showed unnecessary purple in the clouds. The image was slightly overexposed and saved in JPG format, so some data has been lost. I present the updated edit here.

I really have to thank Kenny Paul for teaching me about white balance. I’d come across the concept but didn’t know how to really work it… so my experiments had failed initially. Thanks, I owe you a tinny!

I also owe Craig Ferguson a big thanks for highlighting a very good way to improve the composition! Can you guess?