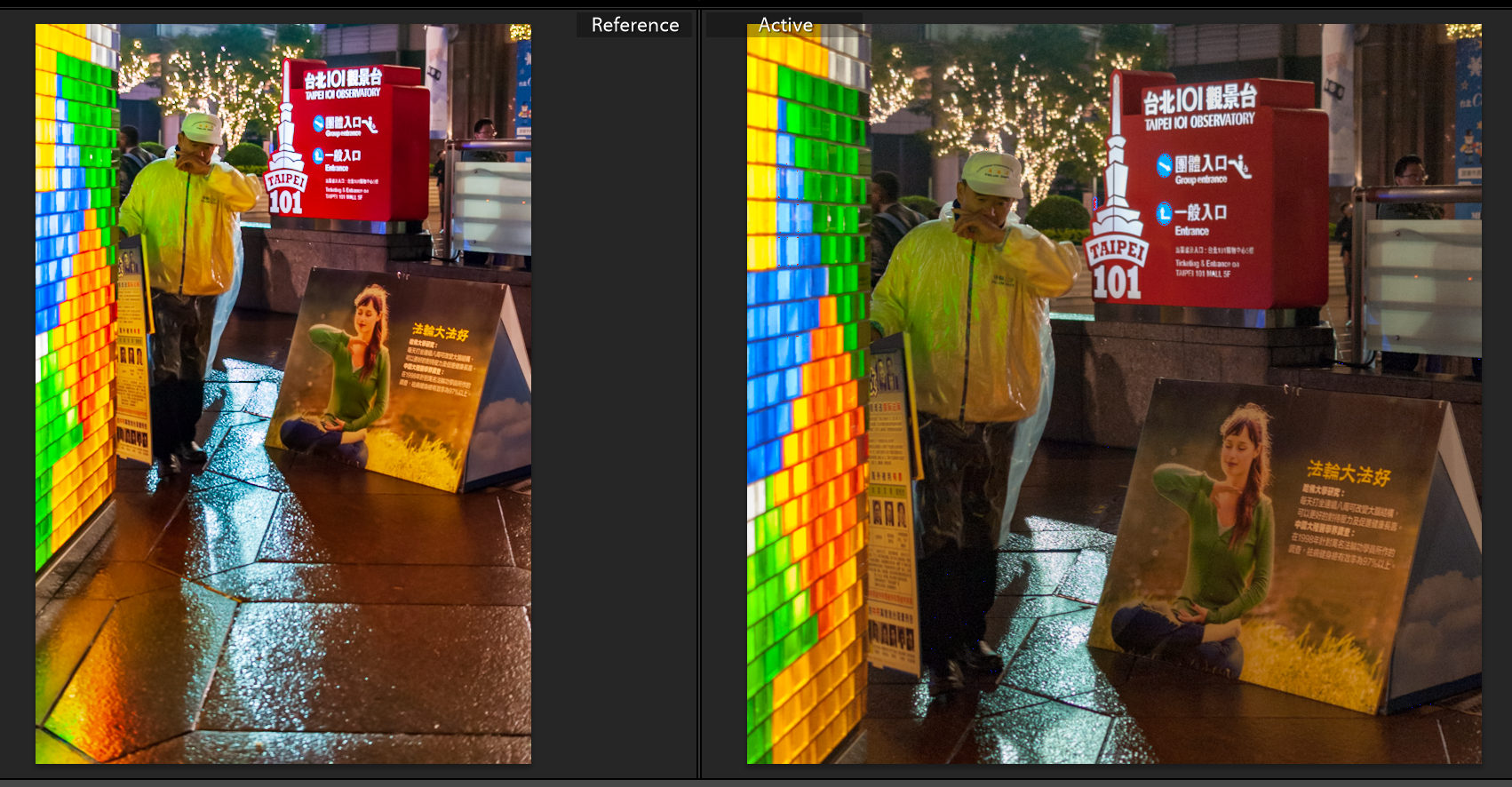 So I posted this on FB yesterday with the same question. I’ve already received a ton of responses. Almost every single answer favors the left image, here are the reasons:

And now my own additional notes

A lot of backstory in that image: 101 is the setting for a lot of pro-/anti-china protests under the previous mayor, who for unknown reasons used to tolerate the pro-china lobby. The protest is a silent respectful one that doesn’t harrangue people in support of FalungGong.

I took it as a gesture to street photography: the man who is tidying up at the end of the day mimicked unintentionally the gesture of the girl in the poster. That’s why I did the original crop to focus on that more. But somehow the lights at Christmas add to the atmosphere.

There wasn’t time to reframe the image or change any of the settings. Take it or miss it situation!

So it seems the left one wins this debate resoundingly! If you’d like to pile into the debate, join us on Photowalkers! That leaves me to present the full edit…comments on FB! 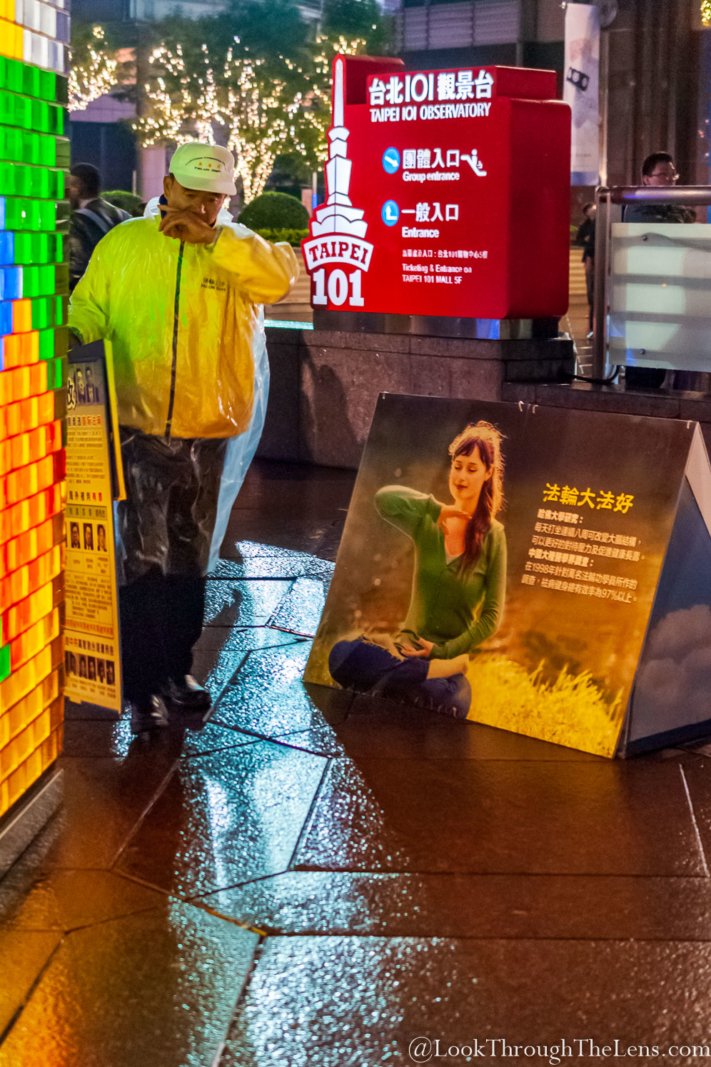